You Don't Have to be a Runner

I am not a runner. Okay, yes, I run. But I've never participated in running as a sport, had a coach or even been part of a running group. As an active child, there was nothing worse to me than running. I spent a lot of time dancing, riding bikes, rollerblading, playing tennis and swimming competitively. In fourth grade, I was the class example of how to correctly do a push up, but tell me I have to run a mile for President's Physical Fitness challenge, and I felt physically ill at the thought.

Fast forward to 2006 when I moved to Chicago to begin graduate school: I started to gradually pick up running as a way to explore my new city and enjoy the cool weather that I didn't get as much of in Texas. I've learned the only way to fully see everything a city or neighborhood has to offer is to walk or run it. I would take my camera with me and catch shots of all the beauty just outside my door. 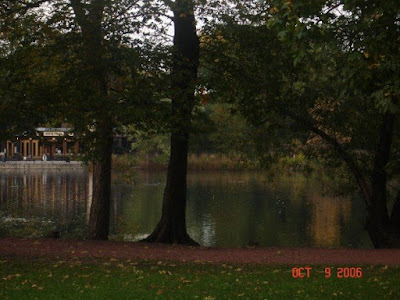 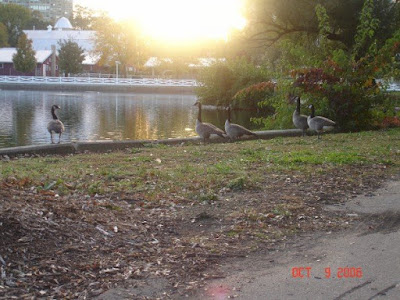 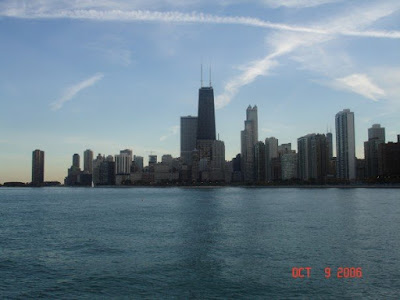 I continued my jogging tours when I moved to D.C. and found them to be the perfect way to see all the sights, while avoiding traffic and working out. Sometimes I would jog/walk so far that I would have to hop on the Metro to avoid a two-hour journey back home. These runs became a huge source of relaxation and stress relief for me and dare I say, fun?

Once I moved back to Texas and eventually got an (insane) puppy, running became absolutely essential in keeping her from tearing up my apartment. It was the ONLY thing that stopped her madness. As I gradually increased the consistency of my running, I signed up for my first 5K - a Turkey Trot hosted by my gym. I remember being so nervous I wouldn't finish because my usual "runs" included a lot of walking and I wanted to at least jog the full 3.1 miles. After a couple successful Turkey Trots, I ran my first 10K with my sights set on a longer distance in the future. It seemed ambitious but not impossible.


I hate to say it, but moving to Florida put a huge damper on my running efforts. When you hate to run in the heat, a nearly year-round summer doesn't do you any favors. Despite that, I signed up for my first half marathon in 2013. The training was brutal and my torn disk flared up about two weeks out from the race. The night before, I was never so worried that I wouldn't complete something in my entire life.

I still remember the exact U2 song that was playing on my iPod as I lined up, and I cried as I crossed the start line. It was one of the happiest moments of my life. At that point, I didn't even care how I was going to perform and if I would have to crawl to the finish line. All that mattered was that I had made it there. Through all the pain and all the training, to a place I never thought I would be.

The icing on the cake was that I had a great race. I'm not a fast runner, but I was really happy with my time and the whole experience was exhilarating. I've since run three more half marathons, including my latest last Sunday. Some were more difficult and more slow than others, but all came with a huge sense of accomplishment. It's quite fun to amaze yourself! 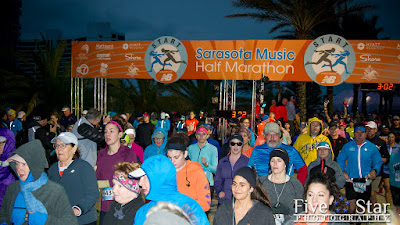 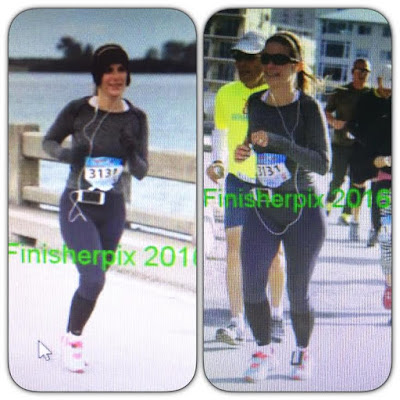 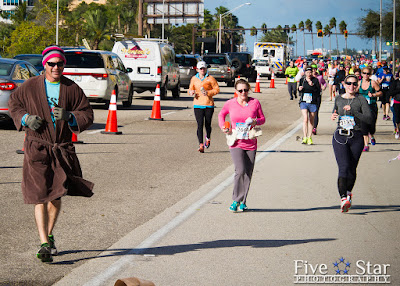 I kept wondering the whole race why this guy was running in a bathrobe! 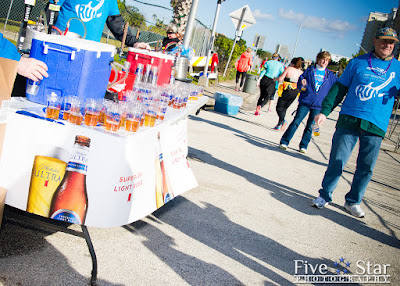 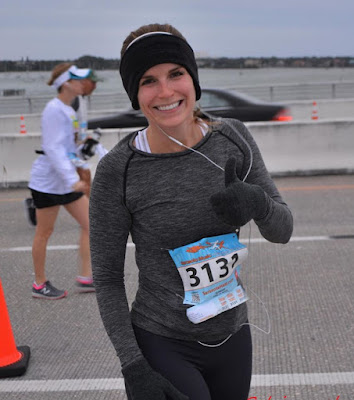 I sometimes call my training half-ass half marathon training, because I don't take it too seriously. My husband would probably scoff at this statement because he sees how much of a commitment I make, but when I compare it to super-serious runners, it's pretty amateur level. I print off a training plan and mostly follow it. If I have to skip or shorten a run here and there, whatever. I don't get too bent out of shape.

I'm sure I could improve my time if I joined a coached running group, but then it would cease to be fun for me. It would be one more place I would have to be and I have enough of that already. Running is the place I go when I don't want to be anywhere else. I know people get a lot of enjoyment out of their training groups, but I get that camaraderie from my other group fitness classes. Running is my peaceful solitude.

When people who haven't run a race before express interest but at the same time doubt, I tell them if I can do it, you can do it. You don't have to be a runner, all you have to do is run. 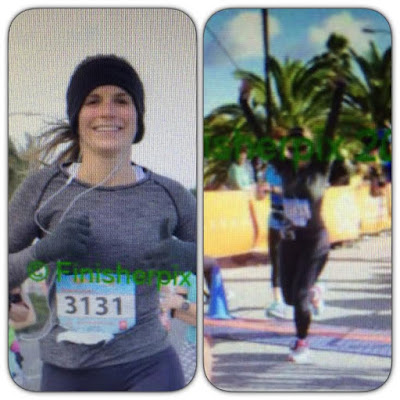