What No One Tells You about Your Wedding...Except your Best Friends

With a sea of bouquets... and cake... and champagne, for years, you imagine your wedding will be nothing but pure magic. And yes, it is that. It's amazing. But not everyone warns you about some of the uneasyness and post-honeymoon slump that comes along with it. (Okay, Analisa did, and this is why she keeps me sane.) 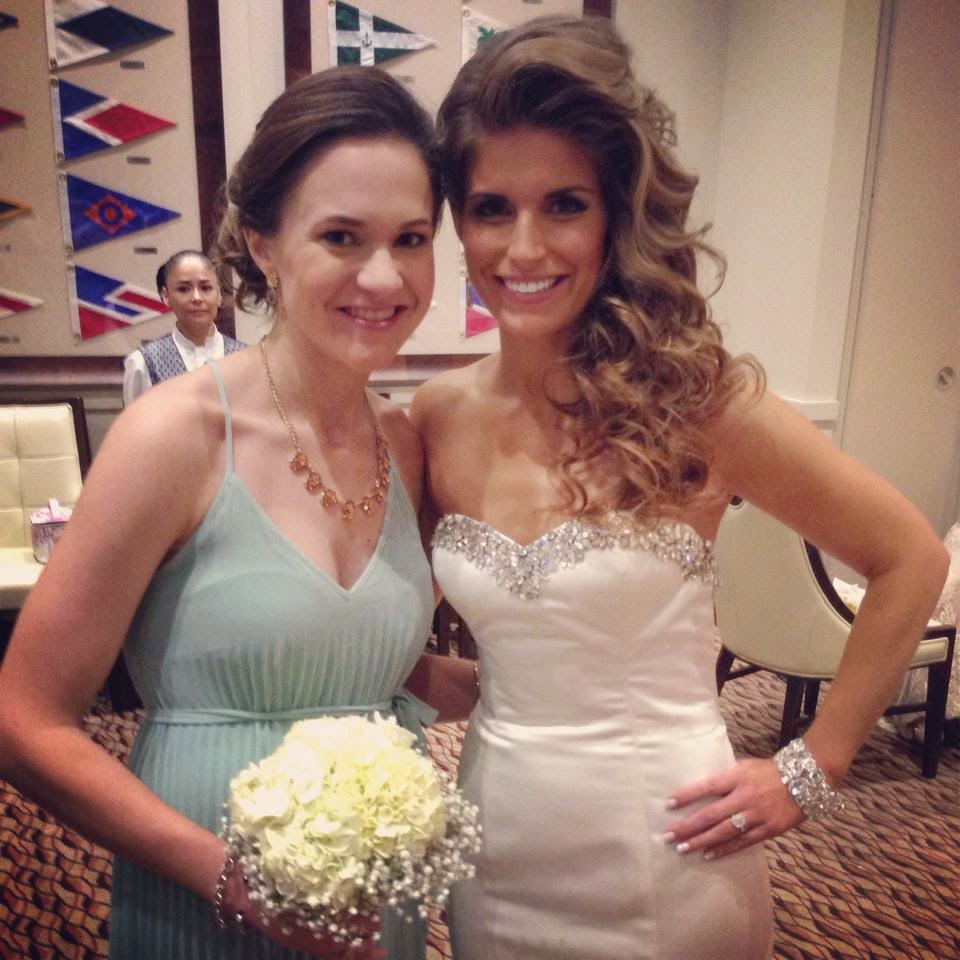 Thank you, Analisa, for always being my voice of reason!

The two weeks leading up to my wedding were probably the most stressful weeks of my life, and I have a pretty high stress threshold because of my job. I had been actively planning my wedding for almost a year and half, so I have no clue how it came down to the wire. No. Clue. Other than being sidelined by several migraines in the weeks leading up to the wedding, I must have sent 200 emails, made about as many calls and went back and forth to Hobby Lobby at least a dozen times. I never, ever start anything early, but I did with the wedding. I often felt like I was doing some things too early. I had a rehearsal dinner dress, dessert stands and other decor a full year before the wedding. It seemed crazy at the time but worked out perfectly because the dress was on sale and I loved it, and I never once saw those dessert stands again after the day I bought them at Home Goods.

But despite that, there I was at midnight in the days before the wedding, with the help of my sister, brother-in-law, mom and Max, frantically hot gluing, bag stuffing and label writing. I still wrack my brain how it happened, because I spent just about all of my free time making sure everything was ready for the wedding. Although admittedly, I don't have a lot of free time and I think the reality is, weddings will always come with a little last-minute craziness. I had almost no stress with planning until right at the end when all the small details and loose ends became nearly overwhelming. But like everything always does, it all got done. [Except for the (overpriced BHLDN) card I was supposed to write Max on the day of the wedding and the itinerary I was supposed to send the bridesmaids. They understood and this is why I love them.]

In the middle of all that stress, if you're like me, you're also nervous and basically walking around with a mild case of chronic nausea and everyone, I mean everyone, is asking if you are EXCITED about the wedding!!!!!! Yes, six exclamation points because that's how excited you're supposed to be as you're coordinating an affair of 100+ guests that is happening in T-48 hours. Yes, in the back of my mind, of course I was excited. But I couldn't officially get to that place until everything was done. That's just how I am and have always been. And that moment when everything was done was at 1 a.m. on Thursday night (Friday morning) when I checked into Hotel Indigo. 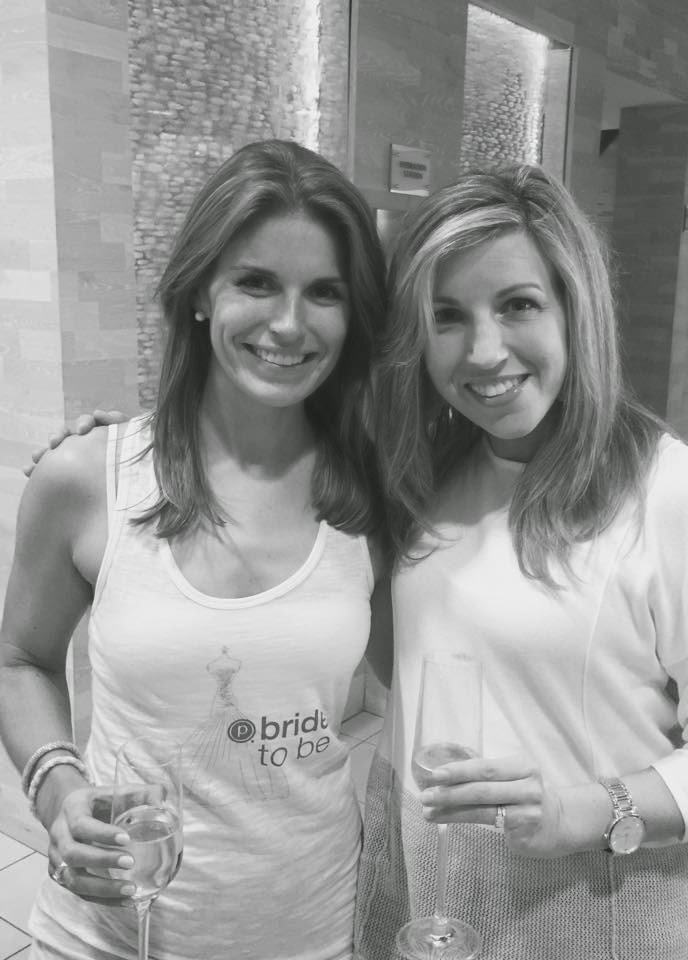 Only the best friends in the world will wait for you in the hotel lobby and greet you with a glass of champagne at 1 a.m.!

From that moment on, I barely worried about a thing. And I knew that's exactly how I would be the day of. Despite the stress beforehand, I never planned on spending my wedding day micromanaging everything. What was done, was done. I had full faith in the wonderful people at the Sarasota Yacht Club and all of my amazing vendors. Some people told me I was too anti-bridezilla because I was pretty laissez-faire about the bridesmaids schedule, etc. But I wanted it to be that way; I wanted to relax and just spend the day with my best friends and now husband. 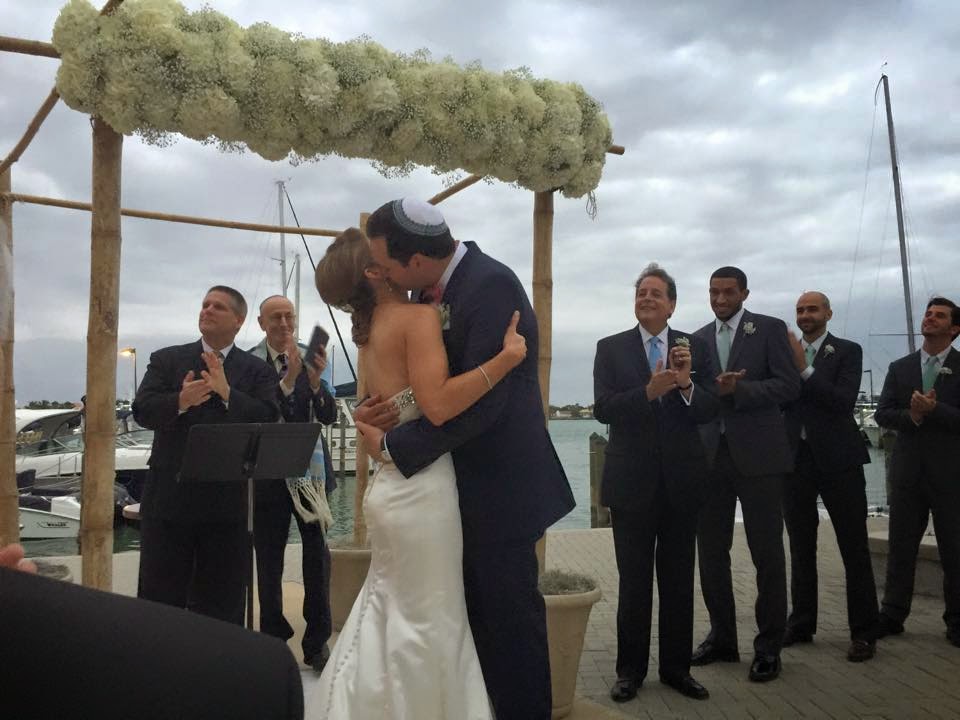 The wedding was wonderful, but it felt like it went by in about 20 minutes. You know going into it it's going to go by fast, but it truly happened at warp speed.  And after it's over, luckily you're left with memories of an incredible weekend with the people you love most. But at the same time, that uneasy feeling comes back, an almost sadness. You have to say goodbye to your friends (way harder than I imagined) and goodbye to a day you've been dreaming about for a long time. I'm probably not alone in feeling a little melancholy that my wedding and honeymoon are over and needing a little time to feel normal and like "me" again. I would say it's the true feeling of bittersweet, even though as Frank says, "The best is yet to come." 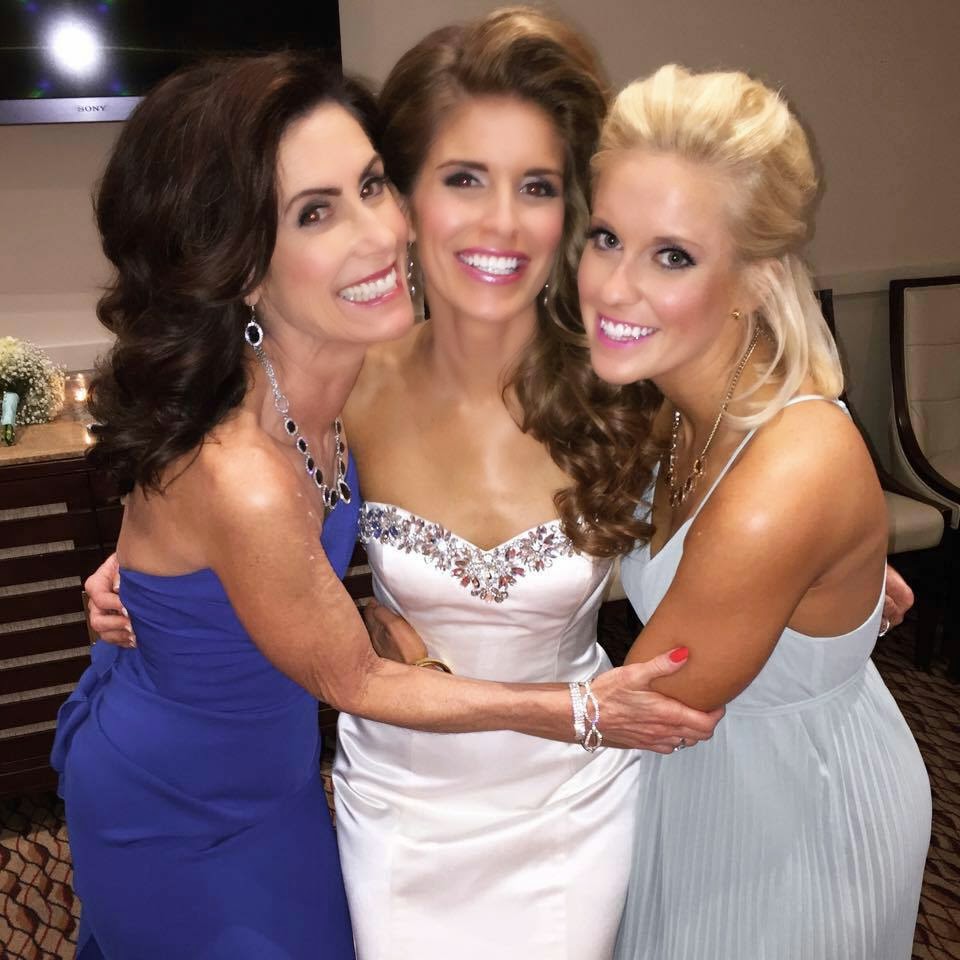 I've been wanting to blog about wedding stuff for awhile, but I held off until afterward because I didn't want to go off giving advice or something only to find out it was all wrong once the big day arrived. But now I have plenty to share, so I hope you'll read along in the coming weeks!