Ice Bucket Challenge: No, it's not just a silly viral video craze 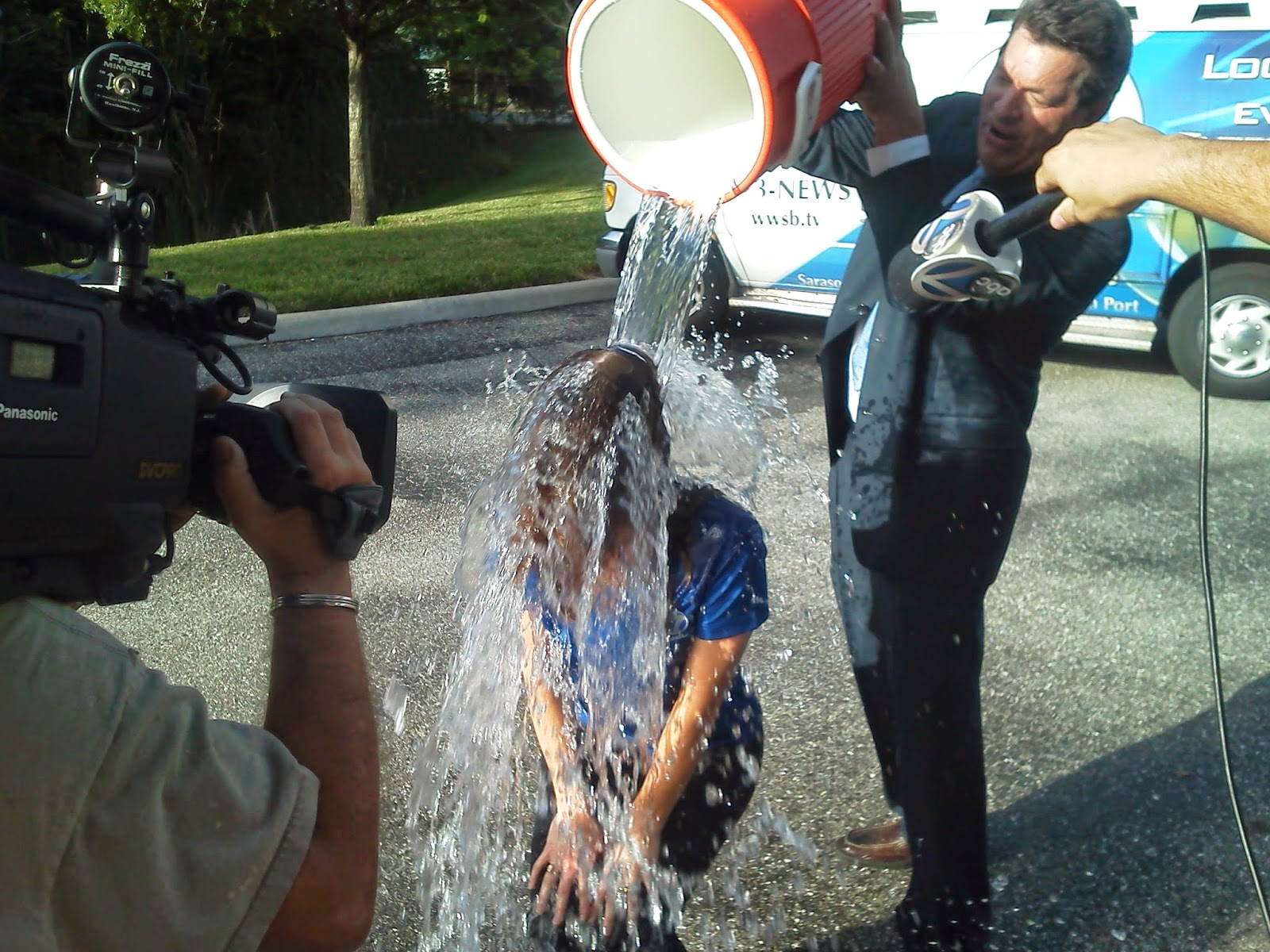 Working in news, we cover many worthy causes, but some just really touch your heart. About a year and a half ago, I had to opportunity to interview Suncoast resident Kevin Swan, who has ALS. He started A Life Story Foundation and was on our noon show to promote an upcoming event. It's one of those interviews I've never forgotten and think about frequently.  This horrible disease robs people of their lives way too quickly and much too painfully. Kevin's resilience and determination are an inspiration to me.

Enter the Ice Bucket Challenge. When I was nominated for the challenge, I immediately knew this was a cause I would willingly support. People have been complaining about the challenge on social media, and I get that, because viral video trends annoy me as much as the next person. But this is more than that. Unlike the "Happy" and "Harlem Shake" videos, these dump-a-bucket-of-ice-water-on-your-head videos are actually doing a lot of good. So far the challenge has raised more than $22.9 million for the ALS Association, compared to just $1.8 million during the same period last year. And you don't even have to listen to an overplayed song or watch bad dancing. 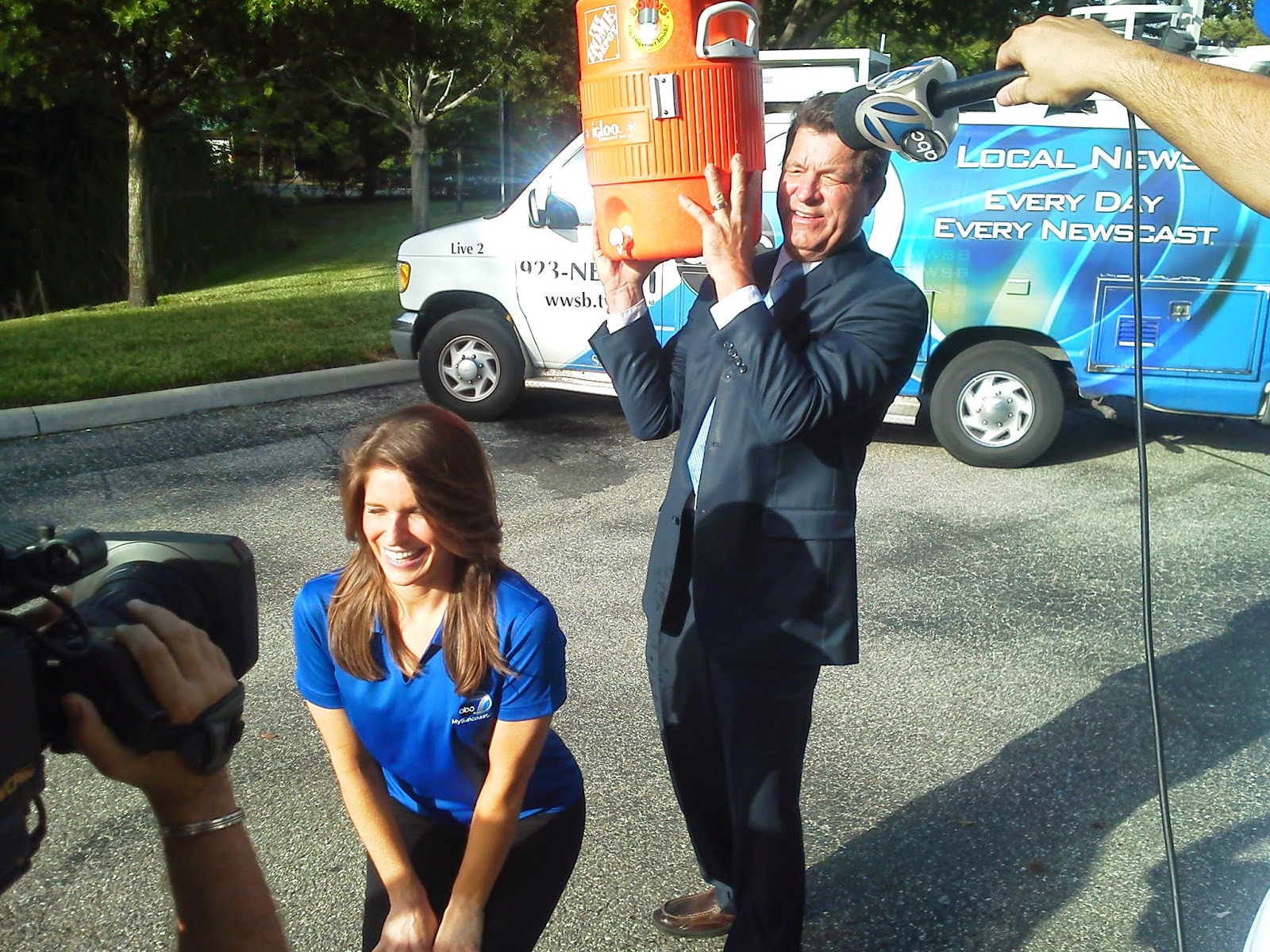 Before: Nice and dry!

In reference to my last blog post, people LOVE to complain about EVERYTHING. Even if you are raising money for charity, people will complain about it. After I took the challenge, some viewers started writing into the station saying it was pointless and we weren't helping anyone by doing this, even though I mentioned many times that I and several others were making donations. Some complained we were wasting water and should think about the drought in California...even though this was done in Florida. I've read several other articles bashing the challenge for various reasons. Some are quite laughable. 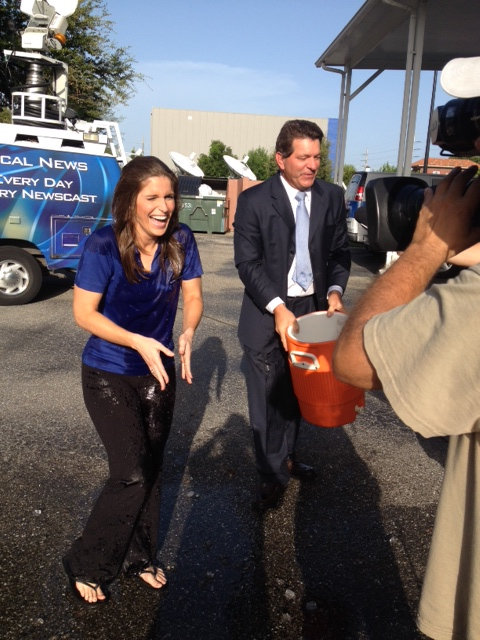 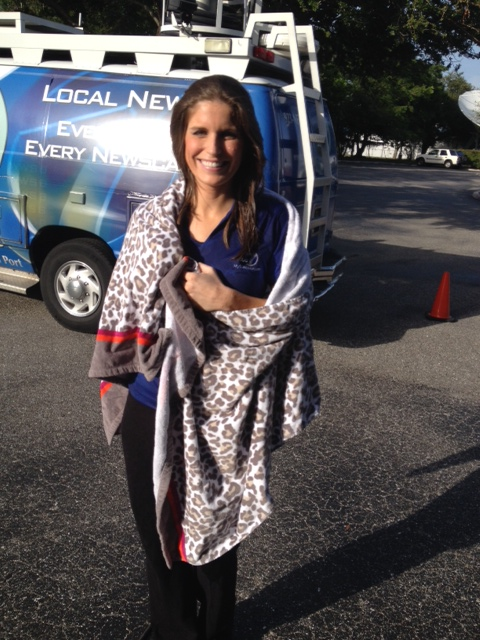 But people, the numbers don't lie! In addition to a lot of money, this crazy phenomenon has raised awareness for a disease many may not know about or fully understand. And that is priceless. When you get everyone from Bill Gates to Lady Gaga involved, you know there's been a widespread impact. So cheers to everyone who completed the Ice Bucket Challenge and donated to the ALS Association and other ALS-affiliated organizations. Thank you to DD Dunn for challenging me and to the viewers who wrote in kind and supportive words, including those who called the station inquiring about making donations. You rock!

(By the way, my Suncoast friends will appreciate this: While I was doing some research, I found a Time article that explains the Ice Bucket Challenge had its very early humble beginnings in Sarasota. Read more about that and how the challenge evolved here.)