Mommy bloggers, you are scaring the heck out of me!

For about as long as I've wanted to be a journalist, I've also wanted to be a mother -- when you're five you don't have to worry about that whole work/life balance thing.

As a young child my toy of choice was baby dolls. I had more Cabbage Patch Kids than I can count, and I would make my mom take me to the real baby section at Toys"R"Us to buy real diapers, a real diaper bag and a real baby carrier. I brought this stuff everywhere, sometimes even to the airport. Yes, I went through security screening with a stroller. Apparently my parents were very patient and tolerant with me being a weirdo.

For many years my only orientation to motherhood was my own mother. Throughout the years, she worked as as nurse, instructor of college nursing and diabetes educator, got her master's degree, took me and my sister to school, packed our lunches, did our hair, drove us to swim practice, gymnastics, diving practice, water polo and dance class, volunteered at school and through our swim and Odyssey of the Mind teams, cleaned, did laundry, helped us with homework, stayed in shape by playing tennis with girlfriends, and never fell into those mom cliches of unstyled hair and unstylish jeans. She did all of this while my dad traveled extensively for work, and she seemed pretty sane. No, actually she seemed completely sane. I'm sure there were times she was extremely mad at us, but most of the time she pretty much thought my sister and I were the greatest beings who ever walked the face of the earth. And I thought the same of her. 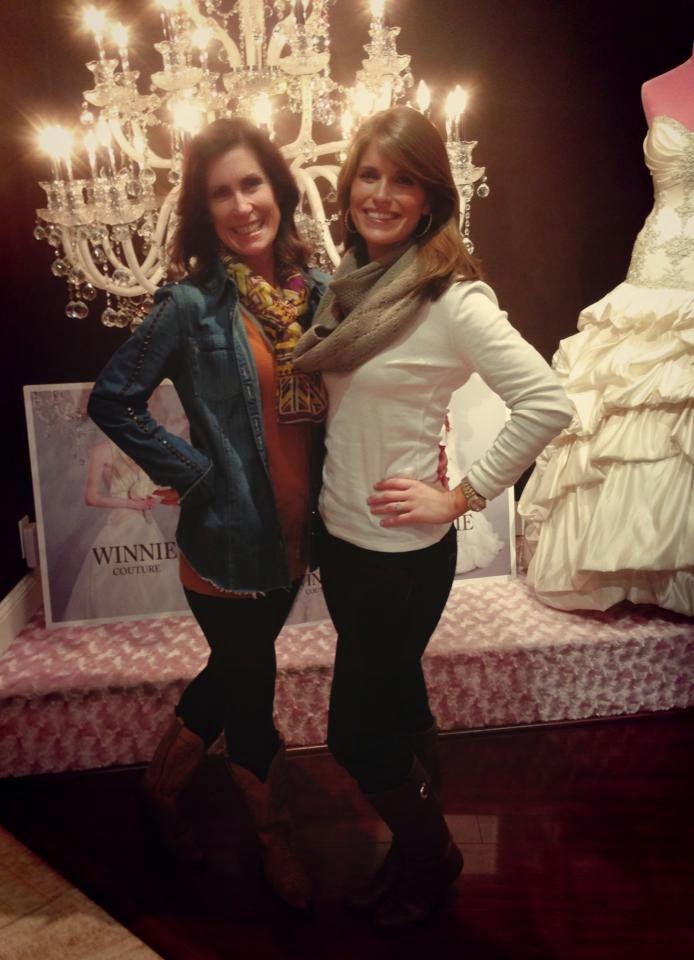 Because of my mom, I always thought motherhood was doable, manageable and maybe not easy, but enjoyable. That was until some people started posting the horrors of child rearing on Facebook, Twitter and "mommy blogs." Suddenly my thoughts about having children changed from excitement to sheer terror. I asked my mom, (who, by the way, would have never had a "mommy blog" even if such a thing existed in the 80s and early 90s) and she has tried to assure me that raising children is not as bad as it may sound through these social media posts. She did point out she was lucky my sister and I liked to sleep- some things never change ;)

I've started to rationalize that maybe these parenting horror stories sound so awful because they are written from the trenches, in the heat of the moment.  A sleepless night with a colicky baby probably feels a lot worse at 6 a.m. than it does five years later.

I'm in no way attempting to compare trying times in my life to parenting, but I know if I had taken to social media or written a blog post right in the middle of those rough moments, it would not have been pretty. Sure it would have been real, raw, and all that good stuff people love these days, but it would have lacked perspective of the bigger picture. Such as:

-The day I was doing sweat-drenched live shots in 104 degree heat...from the site of a plane that crashed into a cow...after eight hours or reporting in the sun...with no shade and no food. Just one of many grueling days during my first on-air job in television news with a demanding boss, a very low salary and plenty of newsroom drama that made me question my career choice.

-The day I found out I had melanoma just after a particularly rough exchange with said boss.

-Cluelessly potty training an OUT-OF-CONTROL puppy, which involved simultaneously scrubbing dog diarrhea out of the carpet, while getting bit by a teething terrier and having my apartment nearly destroyed.

-At mile 10 of my last half marathon in which I literally said to myself, "There is nothing positive about this." (Yes, I know, one should never say such a negative thing while running a race.)

But of course, there was something, actually a lot of somethings, positive about that half marathon, a really tough TV job, a now 100 percent potty trained, better-behaved dog and even cancer. I have to imagine that's how parents feel about having children: The days may be rough, but looking back, the years are truly amazing. At least that's what I'm going to tell myself so that one day I'll actually take the plunge and have kids. And when I do, I promise to spare you the gory details.